There’s something about Sunday mornings; they’re are calm and slow and peaceful and for a while there is no rush. It feels like the whole world is sleeping in, so much so that I totally understand how one could write and sing ‘Easy Like a Sunday Morning’.

I love that song.

Every time I hear it play, I think about being snuggled up in bed, with a great book and maybe a nice playlist. Idyllic. This past Sunday, that feeling transcended past my house into the charm of a deserted Nairobi CBD and flowed right into Uhuru Park, we did stop by Central Park first but that’s just details. 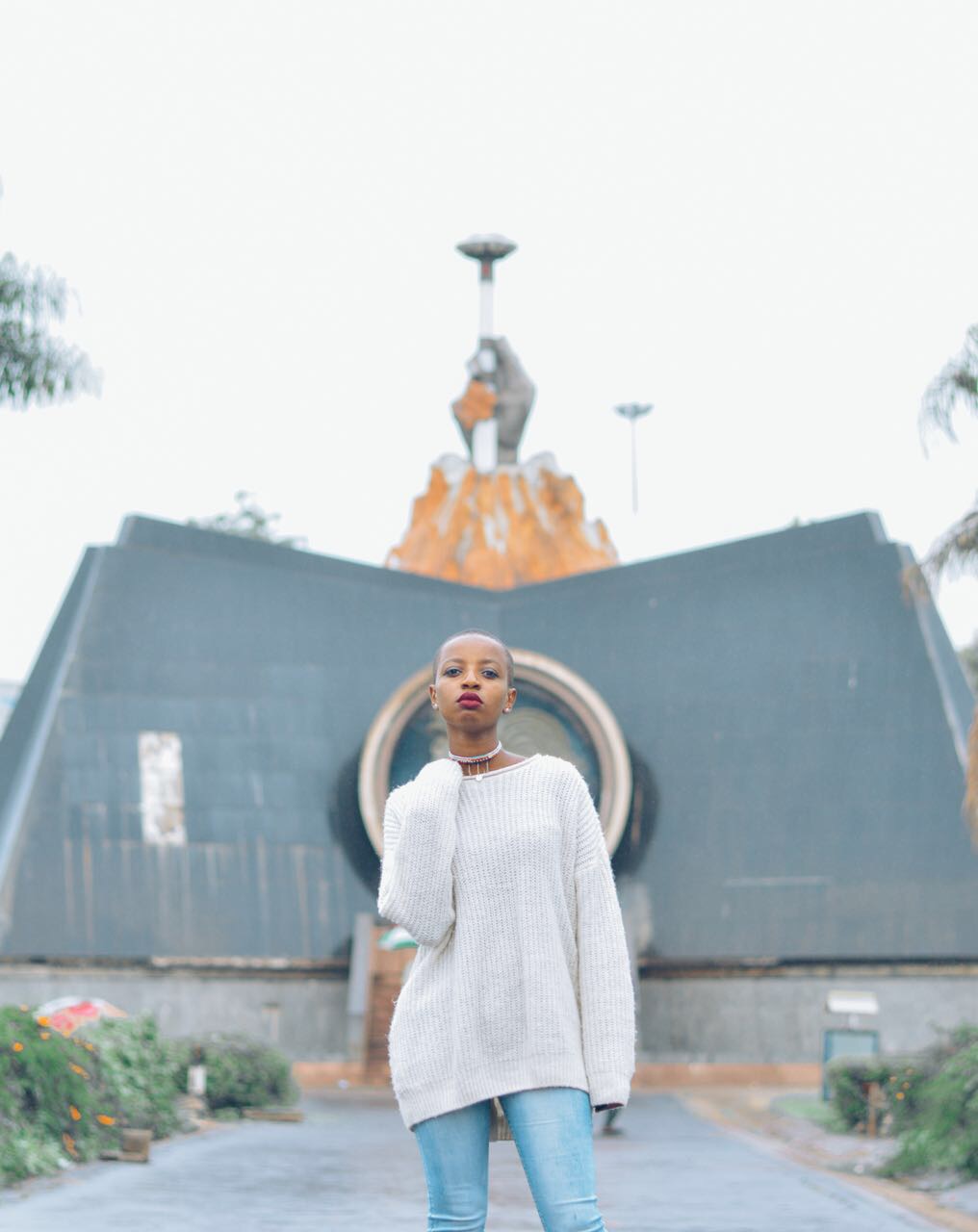 I had never been to Uhuru Park before. I mean, I have walked past the park and through the adjacent Central Park but I’ve never really taken the time to linger. Didn’t think I would want to do that until KG Brian asked me to shoot there with him. At 8am on a Sunday morning!

Sounds maddening, right? So, I said yes because that’s the only proper way to respond to maddening plans. 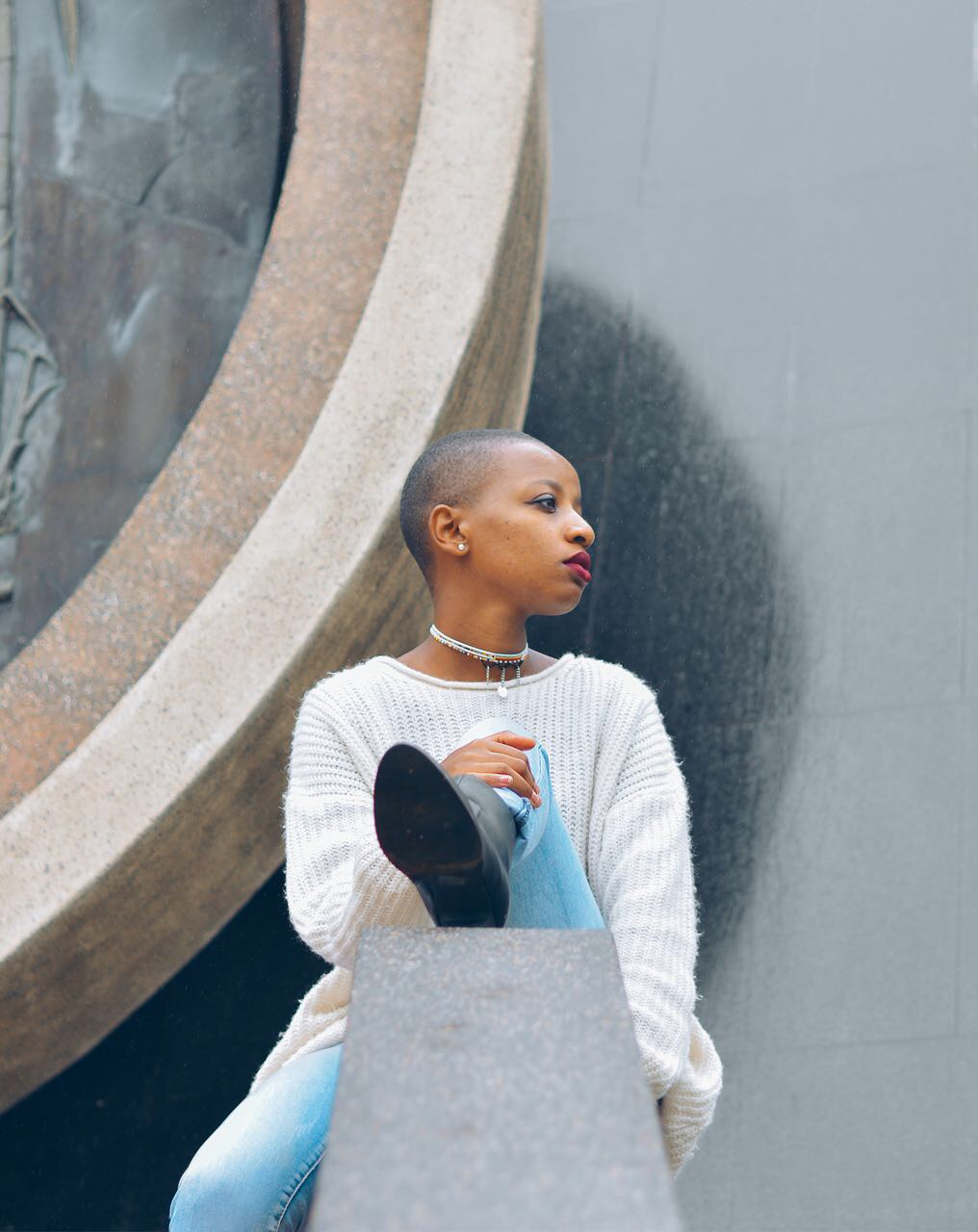 There are different kinds of rain. There’s one that pours with a vengeance, it flows like punishment (so any sane person knows not to test it) then there’s a rain so soft it would feel like a hug if the water was warm. The latter looks like a beautiful drizzle that you can walk through, see through, live through… you know, just go about your business in the beauty of a cloud’s tears.

On Sunday morning, I met KG at the corner of Kimathi Street and Kenyatta Avenue, I was 45 minutes late and that rain that masquerades as a gentle drizzle was at it. We walked up Kenyatta Ave. and by the time we got to Central Park, we should have been drenched, but we weren’t. (See God?) 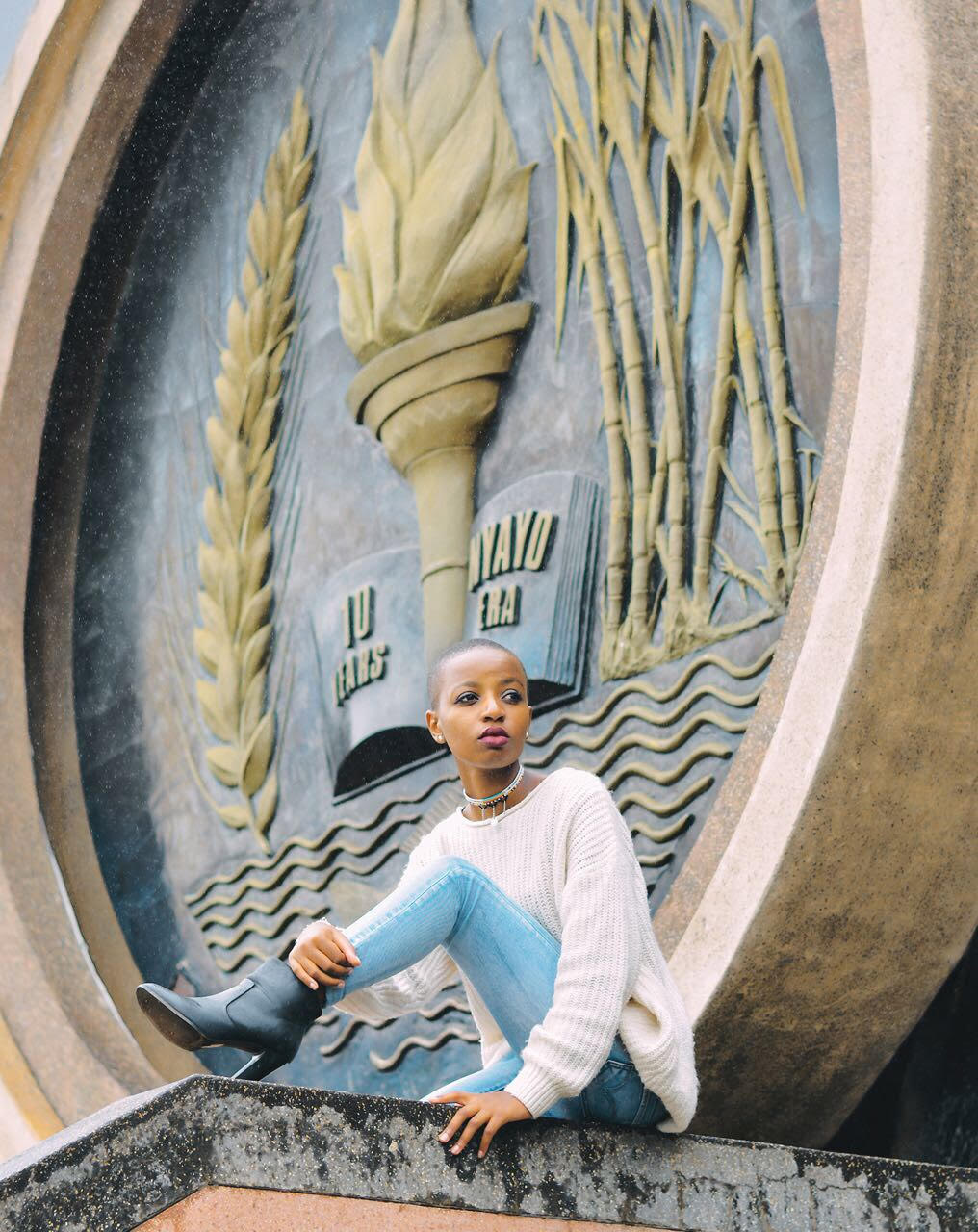 We considered bailing, but we’re not chicken so instead I sat on a wet slab and KG checked his light settings. I was  heading to church after, so I was not really worried about staining my jeans. Jesus has dealt with worse stains. Though in all honesty, I wonder if He has a special bleach for political stains since after all I was sitting on the Moi Day monument. (I’m not sure if that’s what it’s called but it was erected in honour of Moi’s ten year reign, as was Moi Day so…)

A few shots in, maybe ten, we encountered a pool of puke and that was it. Adios Central Park. 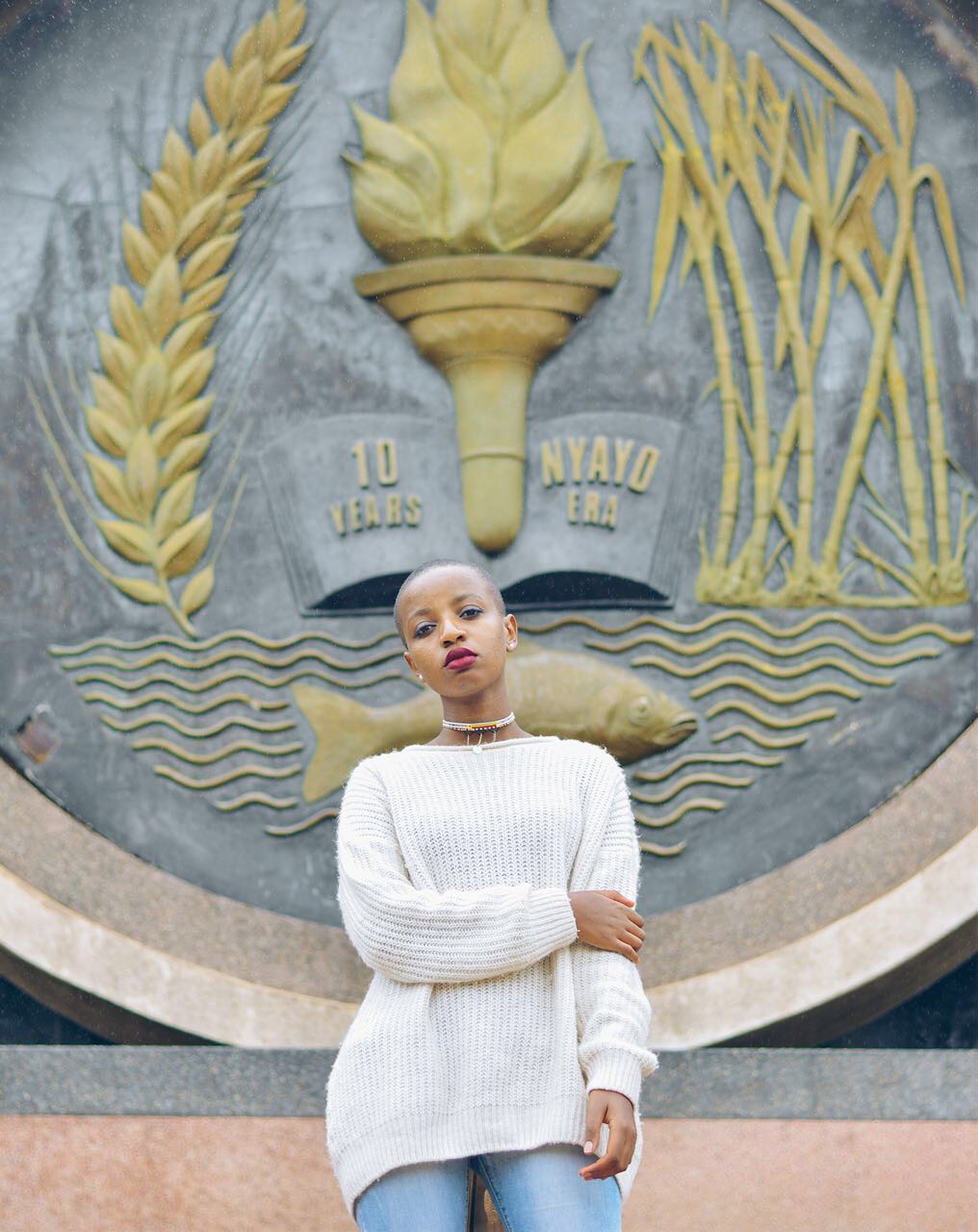 The water at Uhuru Park seems to stretch and stretch and stretch. It’s green, possibly slimy to the touch, but on a Sunday morning, with the park abandoned, all but for a few vendors setting up their stalls, it looked glorious. But it’s the green bridges that I fell in love with. 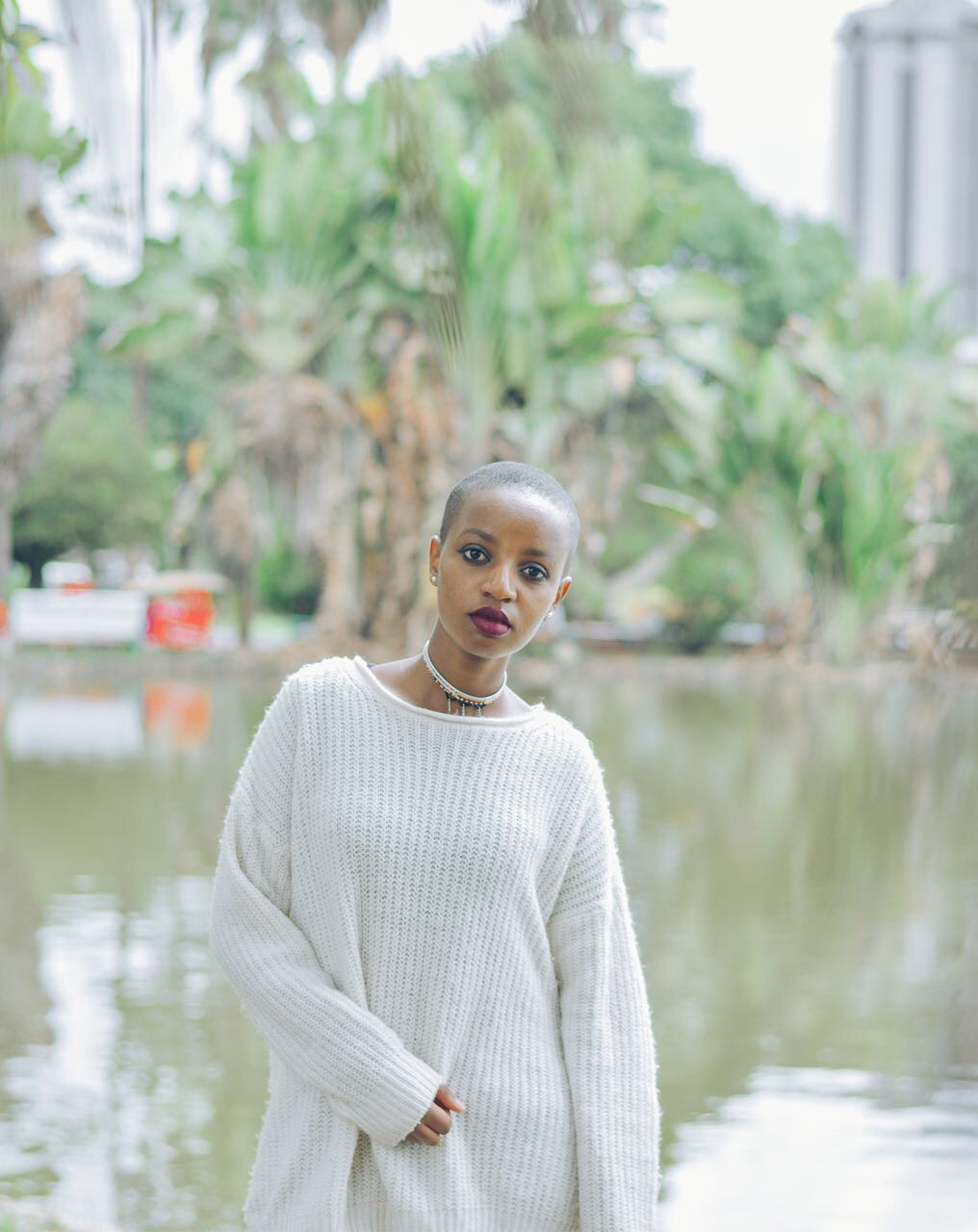 I am the idiot that wore heeled shoes to the park; I didn’t fall though but I did slide a few times and at one point my shoe turned into a gardening implement. (All these struggles for the gram?) On the real though, my biggest worry was what if I had to run from… idk… plus the terrorist tag that’s branded on photographers locally; where would I be stealing bail money from? Luckily, we didn’t bump into any cops or anyone else. I actually felt safe from everything, including the rain. The whole shoot was a tonne of  fun! I think I’ll do a few more ‘out of my comfort zone’ things and come tell you about them. 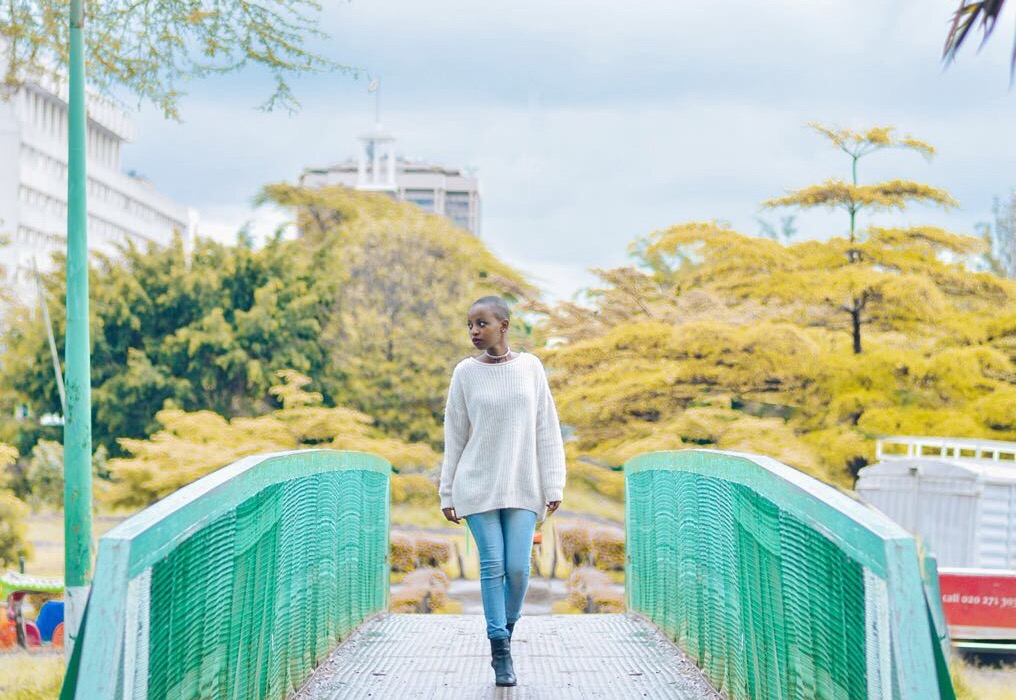 Baada ya shoot; we stopped at a coffee shop. Mostly because we were really cold. Okay, I was, and KG wanted a shot or two within town. 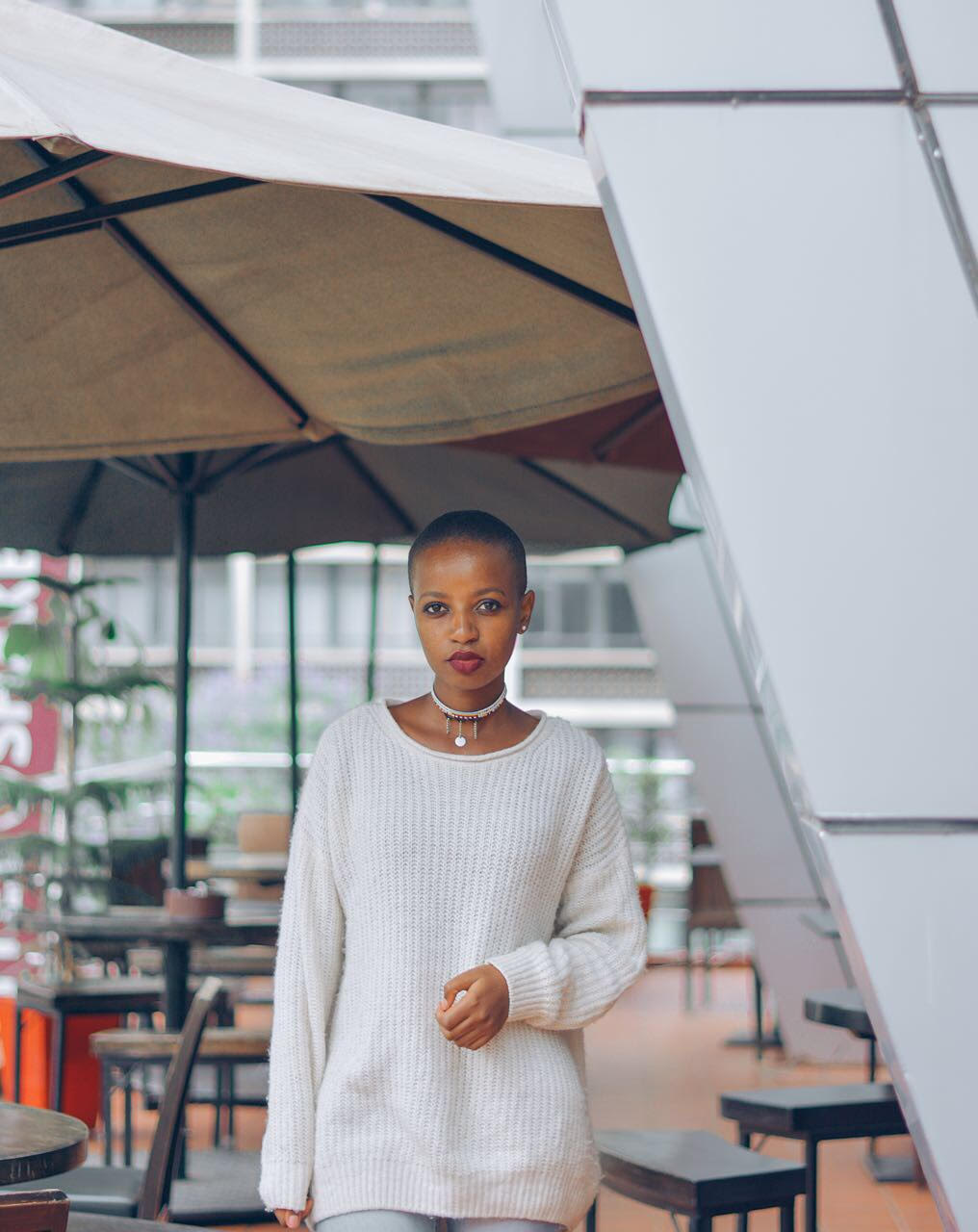 The shoot was KG Brian’s idea and he’s really great; if you’ve watched Phy’s Siwezani video then you’re familiar with his work, but don’t let that stop you from checking out his YouTube. 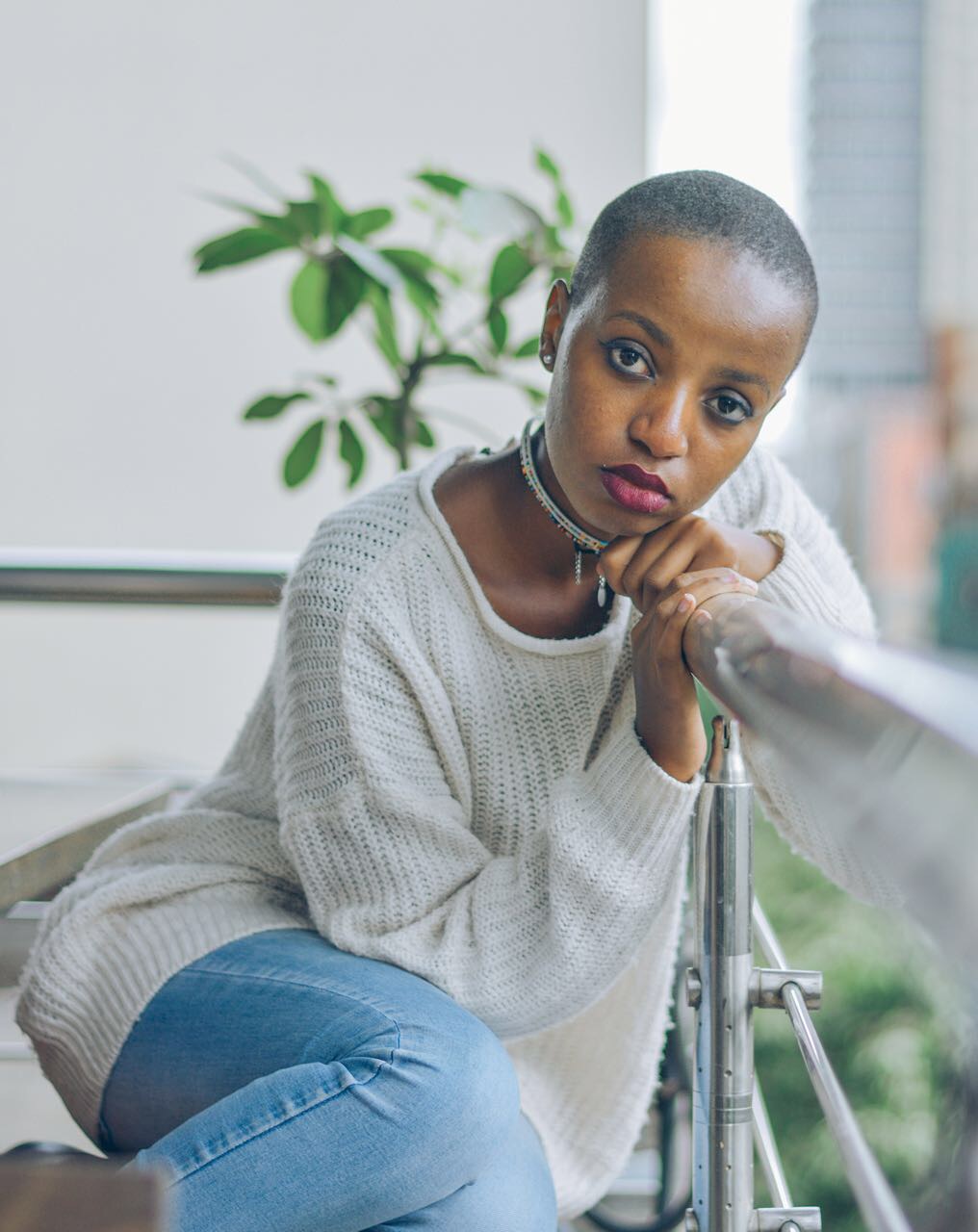 Do you ever think about it? Death, and how it will come to you? I do. Sometimes a lot and then not so much. I ... Read more

It’s 6.23am on a public holiday. I am riding on the back of a nduthi, cruising up Haile Selassie Avenue. There’s a blue-green backpack on ... Read more