When you first cut your hair, no one prepares you for the cutlife and the madness that comes with it. Instead, they make jokes about all of it and you don’t mind. You’re oo busy letting water run through your scalp each time you shower to be bothered by ‘shika hii mbao ukanyolewe, na useme upigwe cut’ comments.

But like all things do, the cutlife eventually gets old (though washing your head as often as you llike does not) and you start noticing things.

Your barber tends to lower the volume of the music, when he’s cutting your hair, never mind that he was okay with it while he tended to the previous customer. He talks to you, too much. And while you’ve considered telling him to shut it, you worry that should you do that you might have to live the next week with a terrible haircut. So you chill out, you laugh at his bad jokes a little while telling yourself that the head massage at the end of it all will be worth it.

You sink into that seat by the sink and pick a shampoo brand. They have one from the range you preferred while you were a naturalista; you’re sure you’re in the right hands. You close your eyes and savor the hot water on your almost bald head. It feels like heaven. You know the head massage will be even better and you really cannot wait.

But it never comes.

After conditioning the tiny wisps on your head masquerading as hair, the attendant towel dries your hair, styles it and show you out. Your heart aches, it feels like it does when your boyfriend who’s not really your boyfriend gets a girlfriend that’s not you. 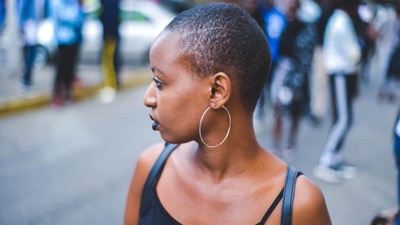 The barber stops you on your way out. He wants to chat for a bit and in the process manages to ask for your number; so that you can book an appointment next time, you take his instead and that’s the last time you set shop in that particular shop.

The next week finds you cuddling a glass of wine at another barbershop. This one too, is ran by Rwandese dudes. They’re fine fine, most of them have better eyebrows than you do, you do not speak Kinyarwanda but you’re sure if they addressed you, the answer would be yes.

The queue here is torturous. One of the Rwandese boys has planted himself on a sofa and is strumming a guitar, playing a Bensoul song you like. While he doesn’t make the wait shorten, he eases it a little.

It’s finally your turn to get on the chair. You have a board on Pinterest that you pick hairstyles from and this week is no different. You hand this new barber your phone and he says that shouldn’t be too hard. You think it shouldn’t be too hard getting the guitar cuddler’s phone number before you leave, but you never do. You’ve never really been shy so you don’t know why, maybe next time…

But there’s no next time at the Rwandese cave.

A week goes by before you have time for another haircut. Halfway into the second week, you’re like an addict suffering from withdrawal and thoroughly convinced you look terrible and everyone can tell you’ve not had a shave in a while. You tell your friend this and she drags you to her barber who, coincidentally is based in the CBD, a couple streets away from where y’all are. 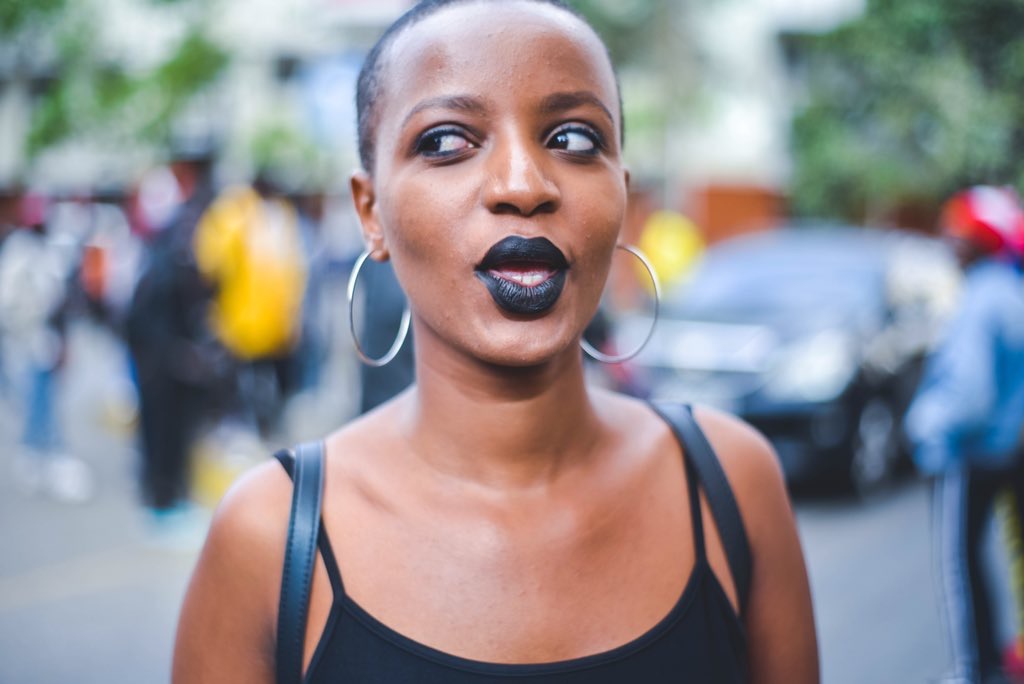 He prefers to see people on appointment but he has some free time and your butt is lucky.

He thinks your bleach job could use a retouch, you agree but don’t tell him this. Instead, you ask him to recommend someone to shape your eyebrows. He doesn’t understand why you need someone else when he’s present. Your fade ade looks like it belongs on a Pinterest board so you choose to trust him and now your eyebrows look so good, you don’t need to fill them in.

Next time, you trust him with the bleach job and he messes it up. Your hair now looks like a pile of dust and you don’t have the time to go through a second application, so you wear it like that and hope no one is too keen. It hurts paying him that G but oh well… next time will be different.

Next time IS different.

You wanted your hair platinum blonde but you end up with a yellow that makes your yellow hoodie look orange. You’ve had it at this point and when he asks for 2Gs you want to scream. You swear to go back to bleaching your own hair at home, but your eyebrows are popping, so you give him Kshs 1,500 and write him off. 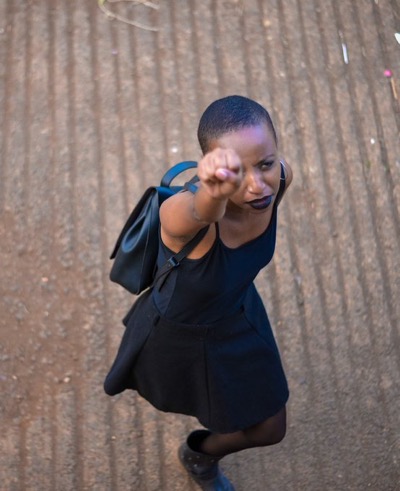 A couple months later, he checks in on you. Your eyebrows miss him sometimes but nahhh…

Four Points By Sheraton, at JKIA

Remember in late 2017, early 2018 when 'shooting your shot' was a huge part of pop culture? Well, even after that waned and the world ... Read more

I'm trying to get into the habit of evaluating my month just as it ends and another begins. The result?  I hope to bring Taking ... Read more