I didn’t realize Coffee Casa is based at what’s essentially a lobby, until halfway through my food, I looked up and was met with the highest ceiling and a feeling of freedom. Coffee Casa is located at Doctor’s Plaza on Third Parklands Avenue and is pretty popular for their burgers. But, if burgers are not your Jam, that’s cool- here are 4 other things you can order off the Coffee Casa Menu. 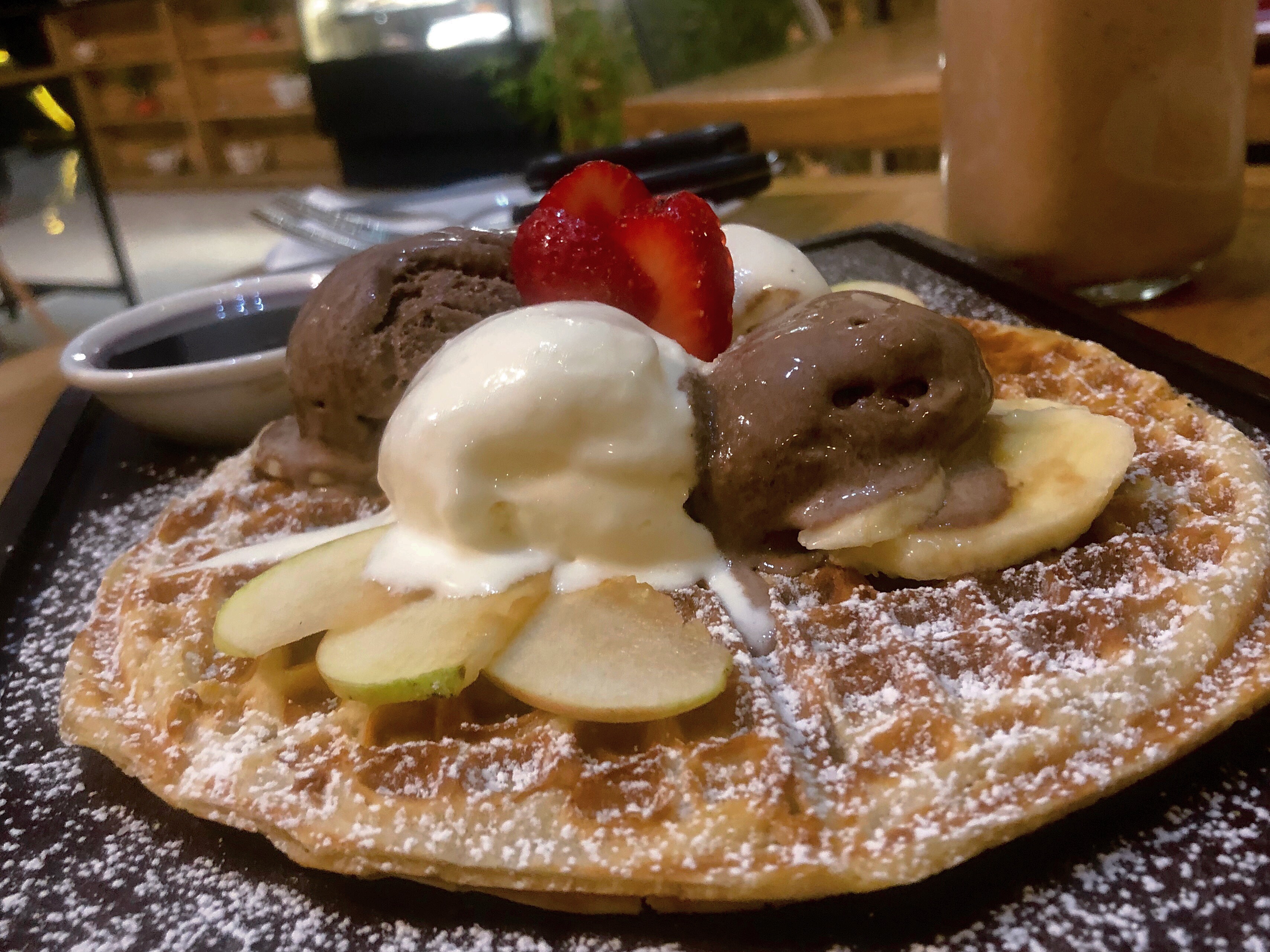 Coffee Casa’s Classic Flavour Waffles
I love breakfast! So much so that I have zero qualms ordering pancakes at 10pm, so these waffles felt like home. The Classic Flavour waffles are topped with vanilla ice cream, apple slices and a side the best blueberry syrup of my life. It’s flavorful and sweet which is great if you’re like me and have an insatiable sweet tooth.
The secret is to pour all the syrup on your waffles and let them soak it in, then proceed to have the best tasting goo of your life. I suspect the feeling of freedom had been contributed to by this blueberry sauce.
Coffee Casa’s Hawaian Pink Smoothie
First things first, the Hawaiian Pink Smoothie isn’t pink and it doesn’t contain pineapples. Thank God – I abhor pineapples. A bit click baity? Depends on who you ask. The smoothie contains banana, strawberry, peanut butter, honey, vanilla yogurt and coconut milk. It’s hella rich and thick! 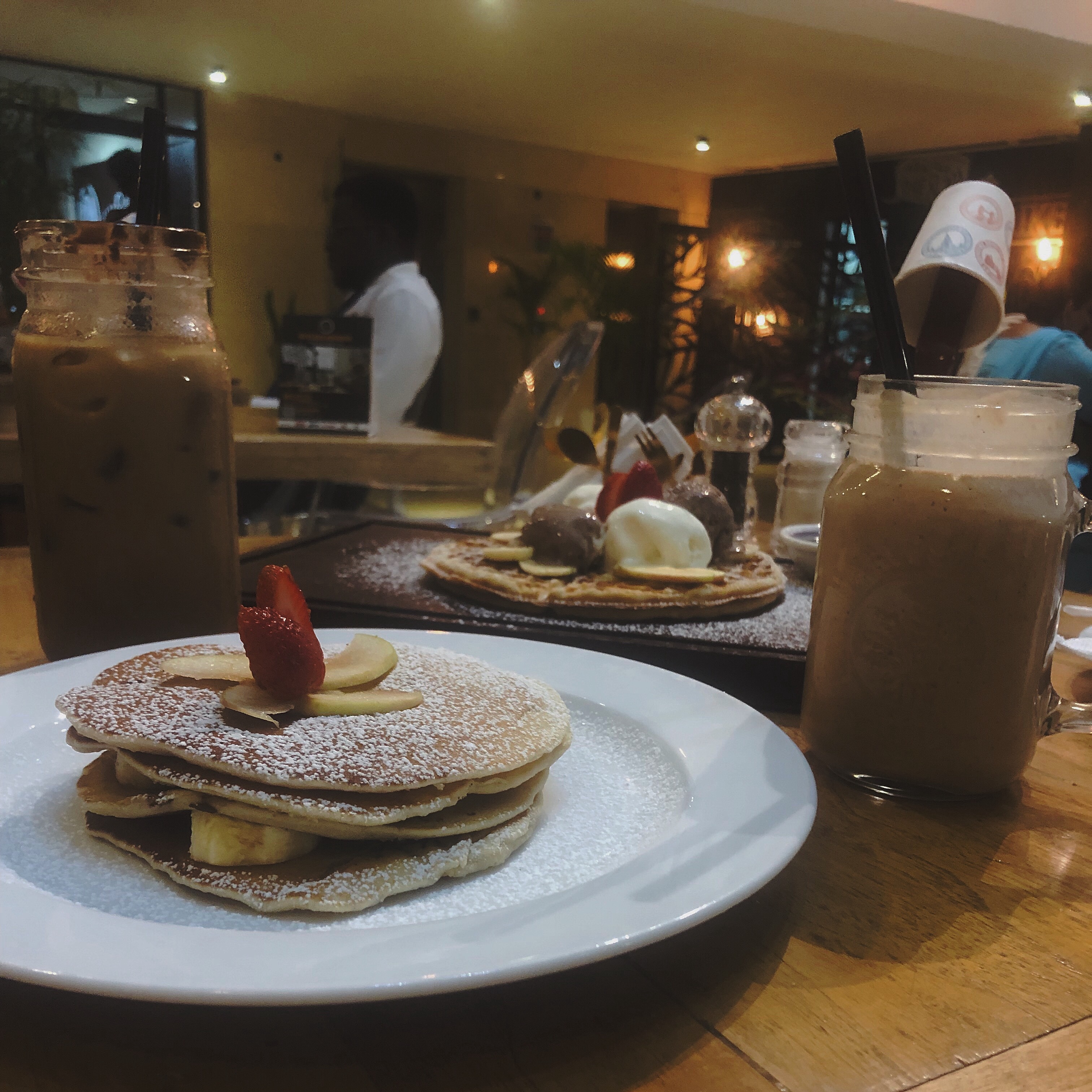 I like the fact that they use coconut milk in place of dairy milk, making it a great option for vegans and lactose intolerant. I think it would also make a great post gym drink, given that it’s loaded with proteins. Be warned though, it really is thick (the peanut butter is definitely to blame and at room temperature, it was also a bit too warm for my liking. You can totally ask for ice cubes though, which is what I did. 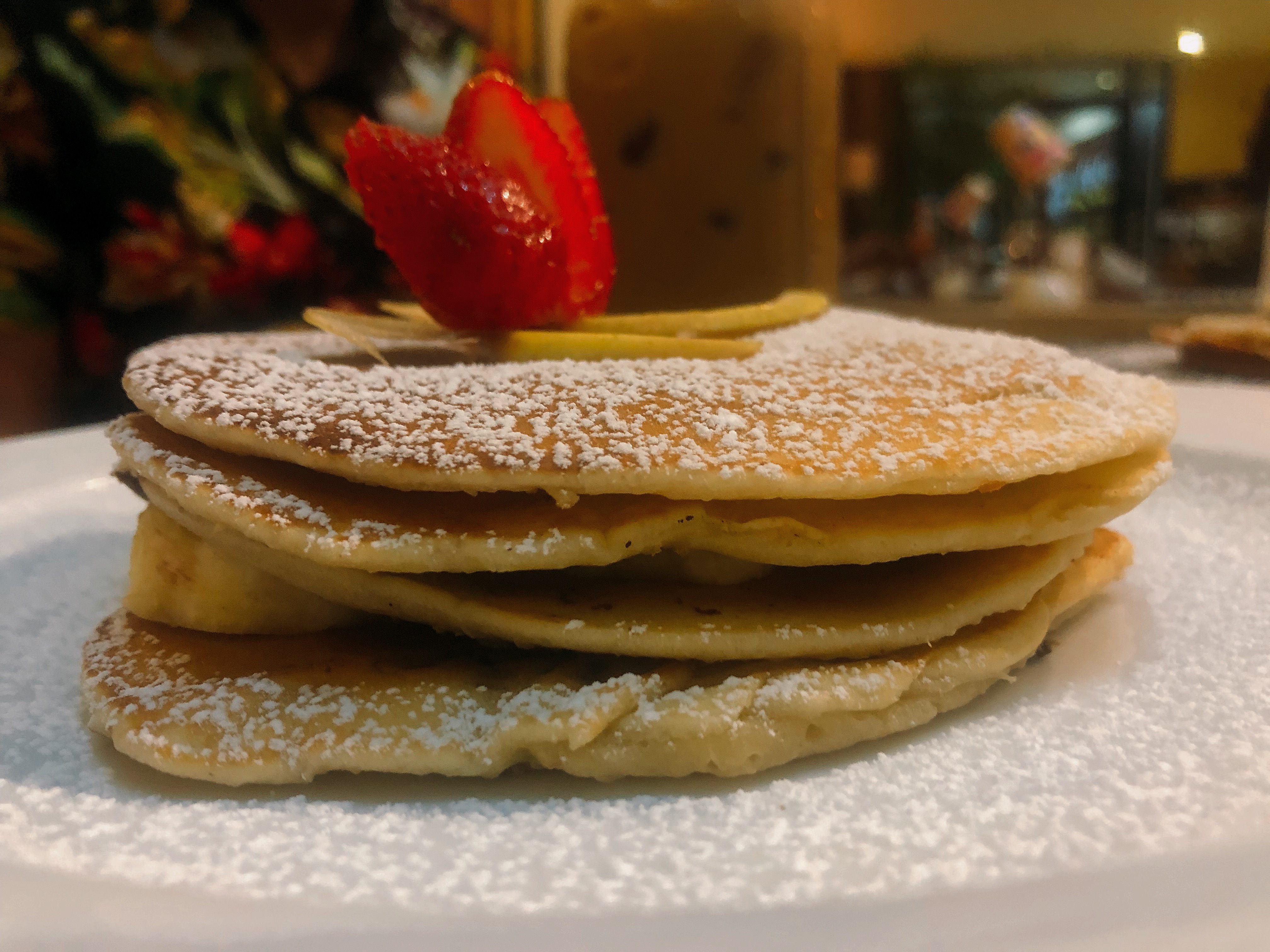 Iced Latte and Pancakes
I know Nairobi is currently going through a winter of sorts, but we could all use an iced latte or two every so often. Zeinab had pancakes and an iced latte. I didn’t try out the pancakes, I was too busy hogging my waffles but I did end up stealing his latte for myself. As iced latte go, this one was a winner. My advice, ignore the sugar and enjoy the yumminess in its unadulterated state.
If you’re not familiar with Parklands, Coffee Casa might be a little hard to trace but it’s pretty straight forward on Google Maps (trust me.)
Service is attentive and prompt and for a weekend (Friday night) it wasn’t too packed. The high ceiling in the lobby gives it a nice airy feel without it feeling like you’re being watched. I love their decor and ‘blackboard walls’. You should totally check it out if you haven’t, here’s their menu .
Feel free to let me know which coffee shop in Nairobi I should check out next.
Previous Post:

Tips and Tricks: A Guide on How to Take Great Photos for Your Instagram

Sometime early this year, I took a break from content creation both on the blog and on my social media. As a result, I also ... Read more

So Sad, So Sexy

I was going to wait till I was ready to do this, but can you ever be ready to feel the cracks in your being ... Read more