I spent the last evening of 2018 chasing elephants in Ol Pejeta Conservancy. At some point, I almost gave up. I mean, the sun was almost half way done with the setting business, the conservancy was just about to close for the day and who’s to say that elephants do not have some sunset business of their own that does not necessarily include humans?

But we made it to the swamp and there they were! This herd of majestic, gorgeous beings. It had taken me 25 years to see an elephant in person but damn, was it worth the wait!

Sitting in that car, on that evening, I couldn’t stop oohing and ahhing. To be honest, I’m surprised I did not cry.

Some experiences hit you in the gut and draw your emotions to the surface, seeing those elephants at such close range was that kind of experience for me. If he wasn’t too busy taking photos (because I needed at least one for this blog post) I’m sure David would have thrown me out of the car. I was that annoying.

But even more annoying is that we almost missed that really good show, thanks to me. I wouldn’t wish that on anyone so if you’re like me (are yet to see elephants- or whatever your animal of choice is- in real life) this guide to chasing elephants is for you.

First things first (I’m not the realest, Iggy Azelia is) if you are going to go chasing elephants at Ol Pejeta, here’s a list of everything you need to know about accessing the conservancy, from park fees, camping options… and a chronicle of my last visit there.

The main reason we were as late as we were, you have to promise not to judge me here, is because Veronica aka Veon aka me decided to wear makeup to the park. Now,  while there’s nothing wrong with filling in your brows (we don’t want to scare away the hyenas now, do we?) I was huko throwing on black lipstick, full coverage foundation, blue mascara… you get the picture. Not that the elephants noticed! But I felt good, so by extension I looked good but sometimes nature is all you need to feel good and this was one of those times… It should have been one of those times. 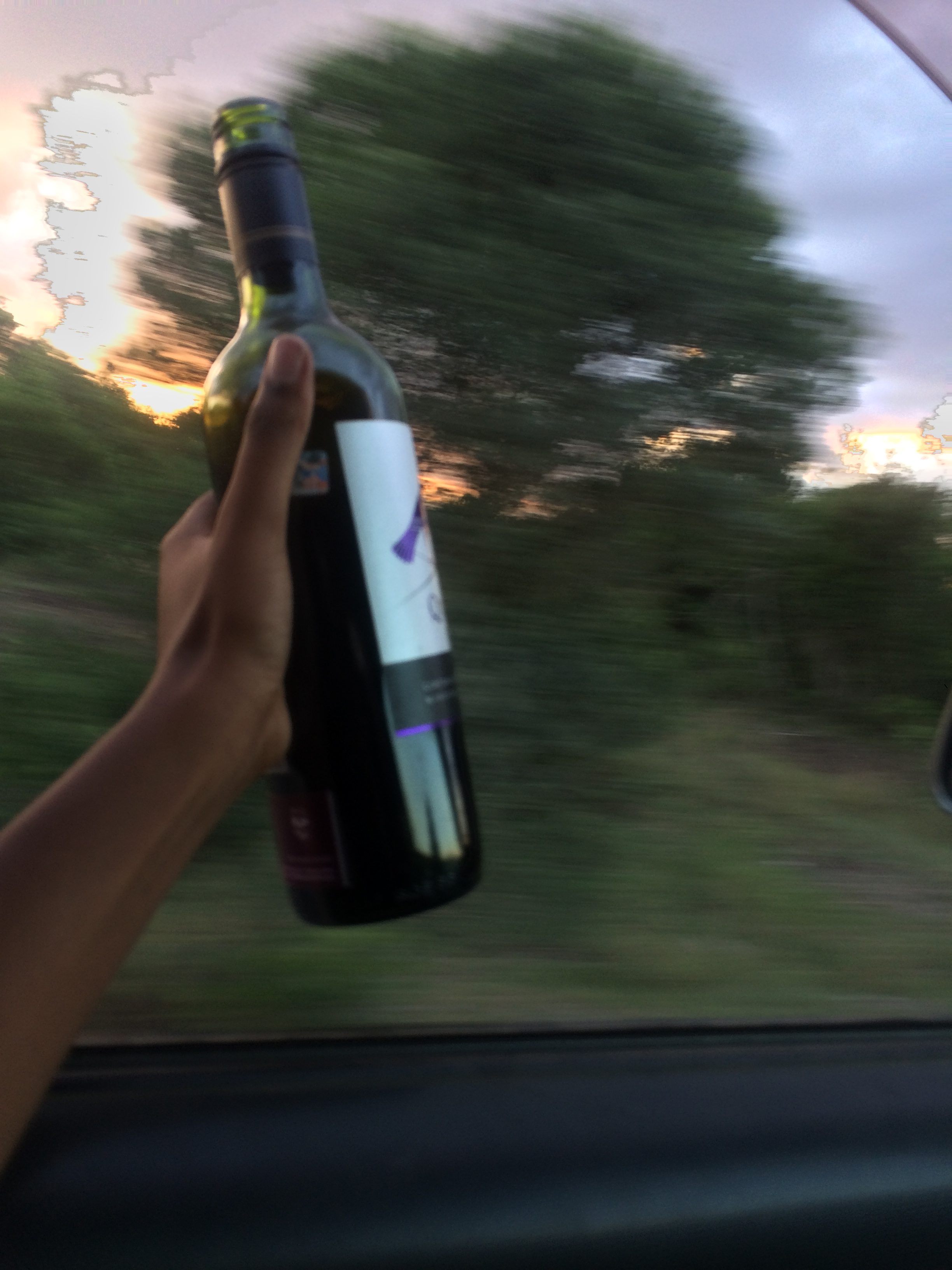 Kellis’ milkshake might bring all the boys to the yard but wine is what brings the fun to a game drive, so you bet I brought a bottle. Now, what no one tells you before you go chasing elephants, is how pointless it is to drink wine out of a glass, on a rough road. Fine, maybe they don’t tell you that because it should be common sense… but it wasn’t common to me, but you have to give it up to a girl and her wine, because I managed not spill a thing from that first glass before  switching things up and drinking straight from the bottle thereafter. Not cute, but still efficient. 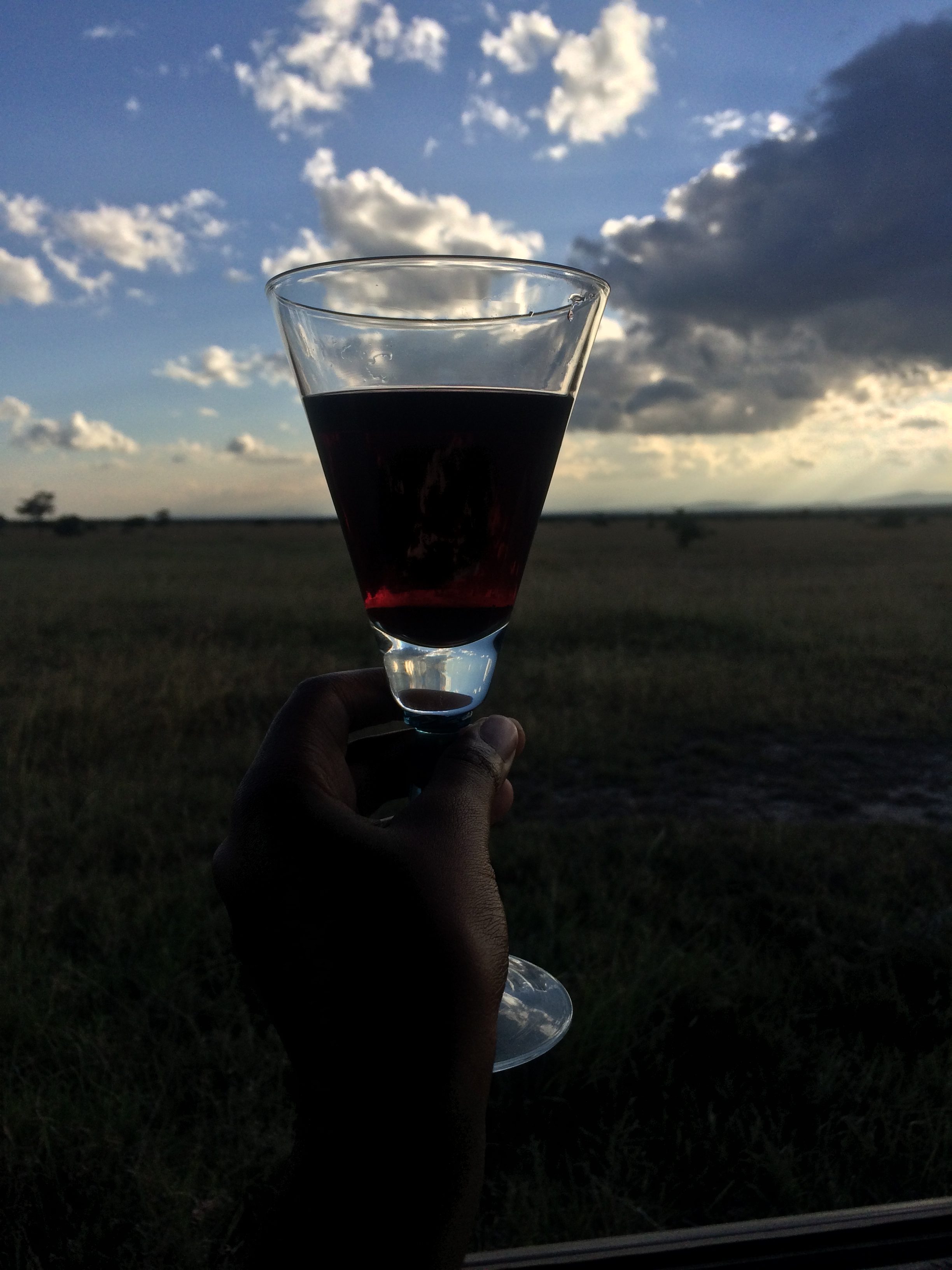 Speaking of road safety in a park, as cute as these photos might look you play it safe before leaving your vehicle to pose. The general rule here is following the park or conservancy’s rules; if they don’t advocate for guys to embark from their vehicles then stay and know some views are best served when you’re seated. ☺️ However, if the park and/or conservancy you are touring is down with walking tours, or if your guide says it’s okay to get out of your car, then beloved, take that as your cue to take gram worthy pics and stunt on us. Whatever you do though, make sure there are no animals nearby and you’re not in danger of being attacked. 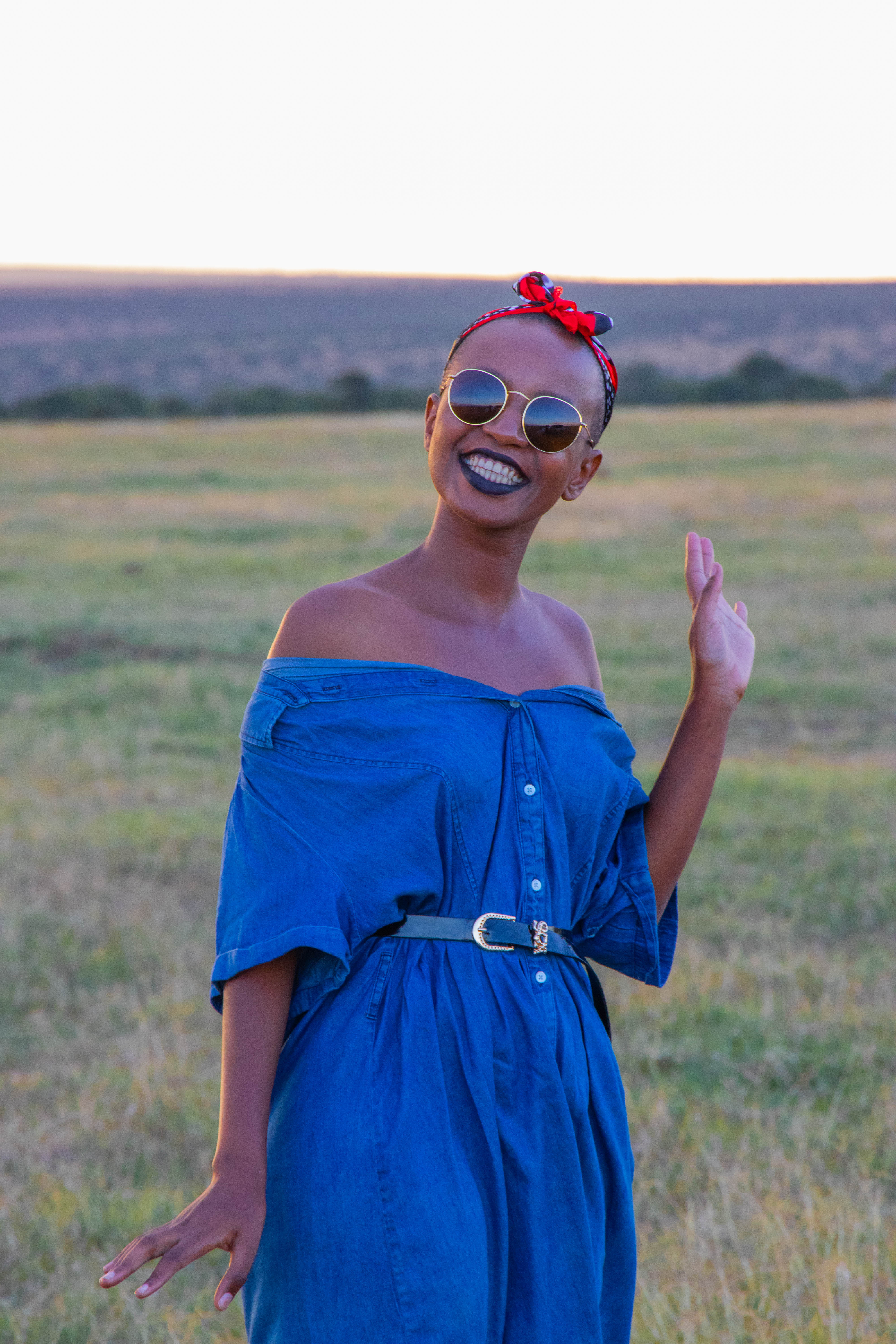 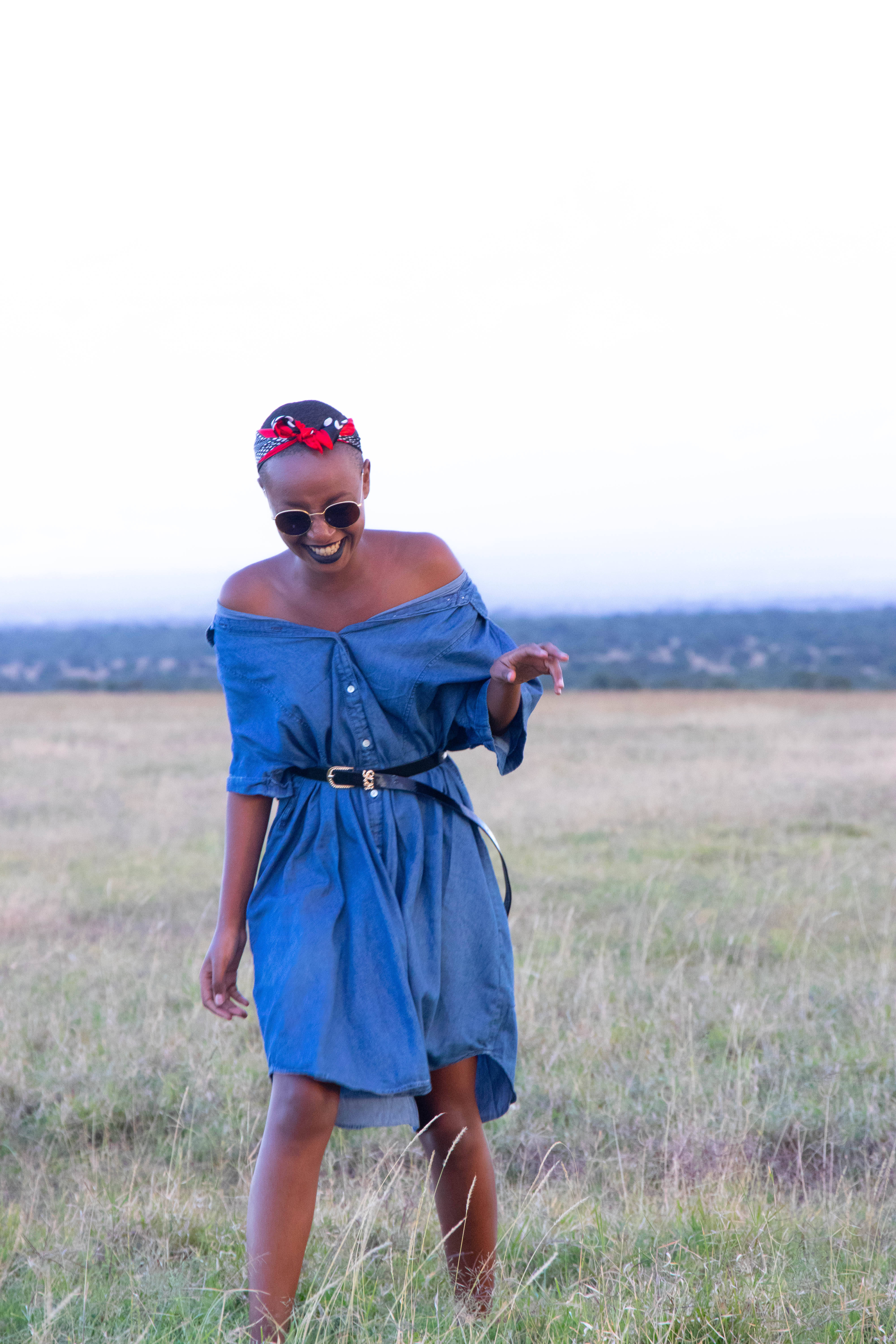 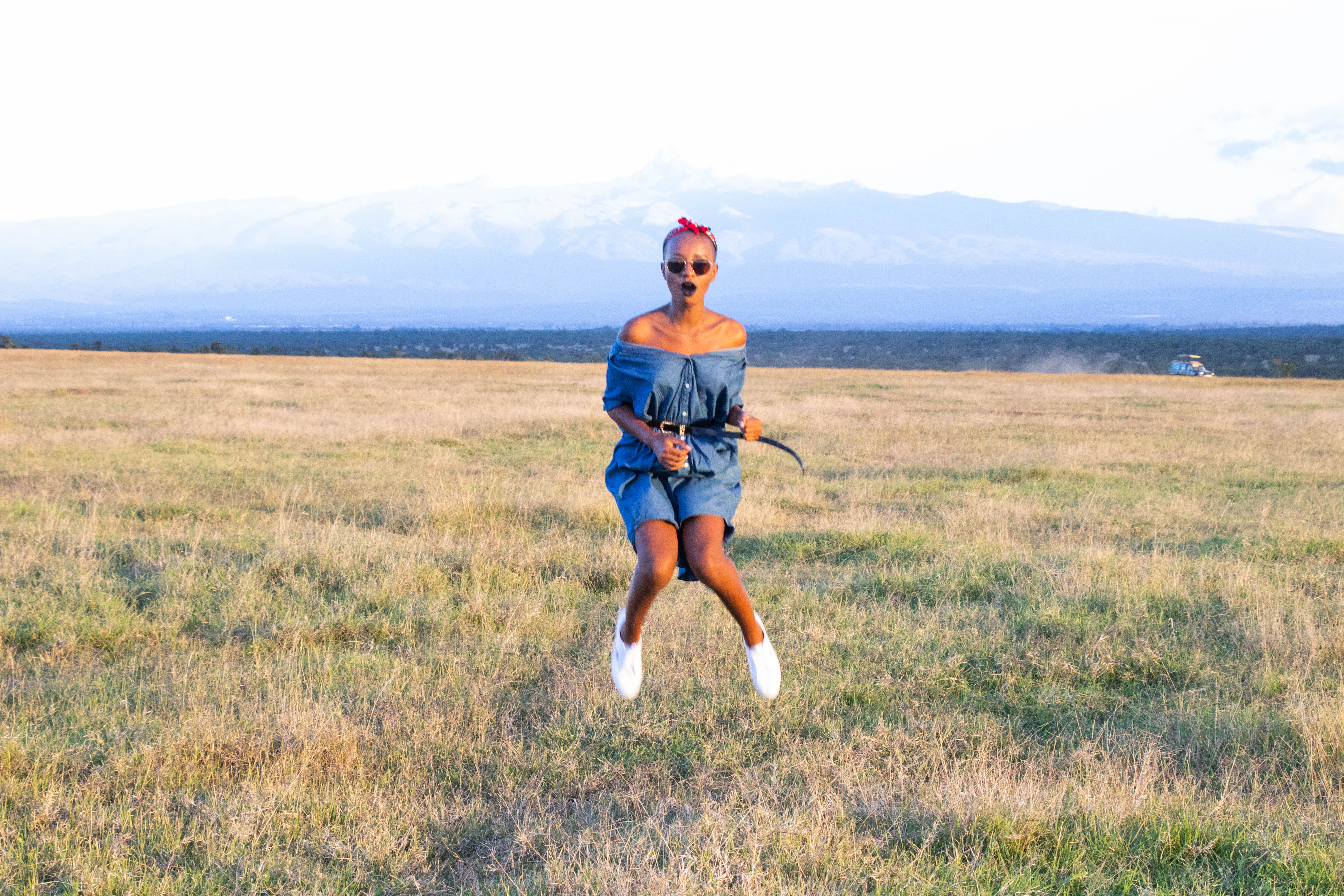 It should not take a girl that was born in  Nairobi’s South B 25 years to see ellies. I mean South B is what? 10 minutes away from the Nairobi National Park? And it gets worse, because guess who went to uni literally opposite the national park? Veronica aka Veon aka me. For real, there were warthogs roaming the campus so I really should’ve fixed this situation sooner not necessarily giving up the thrill of chasing elephants at some minutes to 7pm on the planes of Laikipia but perhaps by taking a matatu to the Sheldrick Elephant and Rhino Orphanage and not just seeing one but also adopting an elephant. So let’s do that, shall we? Here’s how…

Hey you,I know it's been a while since we talked. Actually, the last time I was here, I promised to come on more often and ... Read more

Tips and Tricks: A Guide on How to Take Great Photos for Your Instagram

Sometime early this year, I took a break from content creation both on the blog and on my social media. As a result, I also ... Read more